Presenting to the BC Citizen's Assembly

Most of my blogging the past month has been on the Vote Kamloops campaign web site. Glad to be back today with my thoughs on an incredible experiment in democratic change in British Columbia - the Citizen's Assembly on Electoral Reform.

Premier Gordon Campbell and his team should be heartily congratulated for establishing the Assembly, 160 BC residents chosen at random from the voters list. The Assembly's mandate is to assess if there should be any changes in BC's current 'first past the post' electoral system and to recommend a news system, if they see fit.

An Assembly public hearing was held in Kamloops on Thursday and I had the opportunity to present among about 15 other people on my own view that a mixed member proportional representation electoral system would be better. It was so exciting to be presenting to a panel of 'ordinary people', a citizen talking to fellow citizens. Much of the audience already had set agendas, and there was some slightly heated discussion, but the process was overall truly wonderful.

One seemingly small, but actually quite momentous, change we need to make in our political discourse: we need to better respect other's points of view. A well spoken gentleman named Marc Gregoire made a presentation to the panel and he did make some contentious points. Instead of dismissing them out of hand, as some in the audience loudly did, we should spend some time thinking about them and seeing where there may be valuable lessons to be learned.

I know a couple of Kamloops best realtors. Take Tracey Moffett, I was chatting to Tracey recently and she mentioned some interesting trends. First, realtors have lots of buyers and fewer sellers - houses are going fast fast fast right now.

Landscapers are in real demand, so if anybody is looking to start a business and can get going relatively quickly, you heard it hear first. We simply don't have enough landscaping companies locally to meet the current demand.

And, good Kamloops moving companies are also working hard to meet customer expectations. Ken Wheat, my friend and owner of Pioneer Moving and Storage, has some great moving tips on his web site. Ken has been in the business for 32 years, first with Williams, and then with his own company. He is a Kamloops mover I listen to.

Oh to be in Calgary right now... 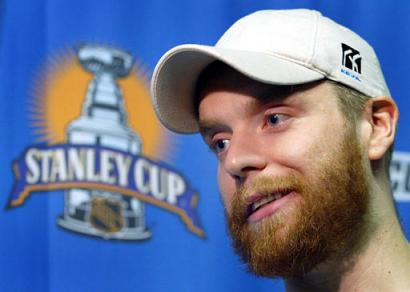 Yes, I am right in the middle of running in the Federal Election, but oh, to be in Calgary right now!!!

How does Kamloops's incredible songstress and spoken word performer do it? How does Roxanne Hall manage to be so happy (go lucky) AND so soulful at the same time. On Friday, we heard Roxanne live and mostly unplugged. Man, she possesses amazing talent.