Becoming a Rotary Past President... 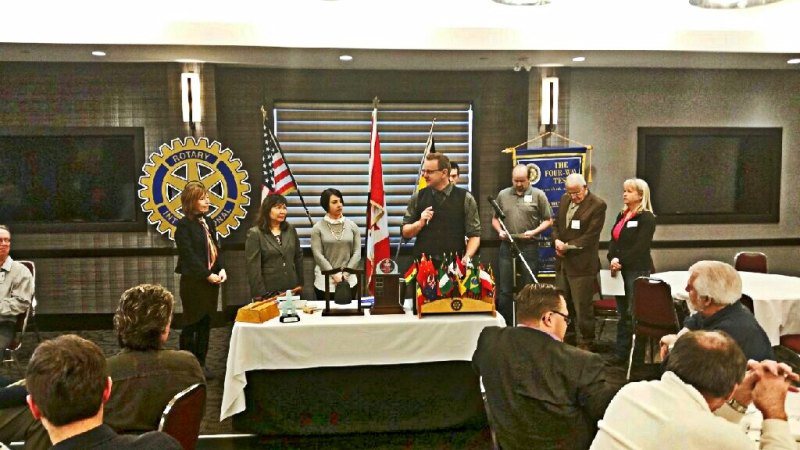 In July, I completed a one year term as President of my Rotary Club - the Rotary Club of Kamloops. In continuous operation since 1922, our club is one of the oldest community service / fellowship organizations in our community. I don't claim we are better than any of the other 4 Rotary Clubs in operation today in Kamloops. We all do great work. I know our club is built on a very solid foundation and tradition that we continue to try to adapt to meet the changing desires / needs of our members and our community. Often known as the old mans' club, we are no longer, and haven't been for a while.

When I started as President in July 2015, taking over from my friend Sue Porter, I was certainly nervous. I didn't want to screw anything important up. I found the key club operations have a deep and committed group of members who keep things moving, no matter who occupies the role as President. This was very comforting. I was also excited for the opportunities offered by being President. Within the stable foundations of ongoing club operations, our club gives the President quite a bit of latitude to offer direction. I decided to ask the club to focus on membership growth and also initiated our (perhaps renewed?) participation in the Rotary Club of Ottawa's Adventures in Citizenship program for Canadian youth. These initiatives were very gratifying for me and I really appreciated the support of the club.

The picture above is from one of the very best meetings of the year. It is of a membership induction ceremony at which we inducted three new members - all very dynamic and caring female leaders in Kamloops. We had quite a few of these inductions through out my year. I'm again grateful for the many members who sponsored new members into our club.

In becoming President of the Club, I followed in the footsteps of my father, who served as our President in 1997-98. My father passed away in March 2o15 and I became President in July. In some ways, the time commitment was a bit tough sometime. It, however, also kept me quite busy and gave me an added connection to my father. I grieve my father's passing every day and, in meaningful ways, being President of the Club kept me busy and kept the grief more at bay. It also allowed me another meaningful way to continue to connect to his great legacy of service.

Rotary Club Presidents typically turn into pumpkins after a one year term. We have a new President now, my friend Devon O'Toole, and he is doing a fabulous job. I want to give him all the support and freedom I can to have a great year. Being a recently minted Past President feels a bit tricky sometimes. You still want to contribute but you don't want to seem like you are stepping on the new Prez's toes. I have enjoyed a bit of a break from full on Rotary responsibility. I have been a member for almost 16 years and have always enjoyed being engaged and involved in the club. So, I am now starting to think about what that means from the vantage point of being a Past President as well as long time member. There are so many amazing opportunities to serve through Rotary.

Dealing with a huge loss...

Been a tough tough 11 months. Have functioned and had some very good times, indeed. The ever present context these days is that we lost Dad last March. It always hits me hardest on days or moments focused on love. He was an amazing loving father, husband, brother, son, and grandfather.

Invitation to a fundraising dinner and dialogue on voting and democratic engagement... 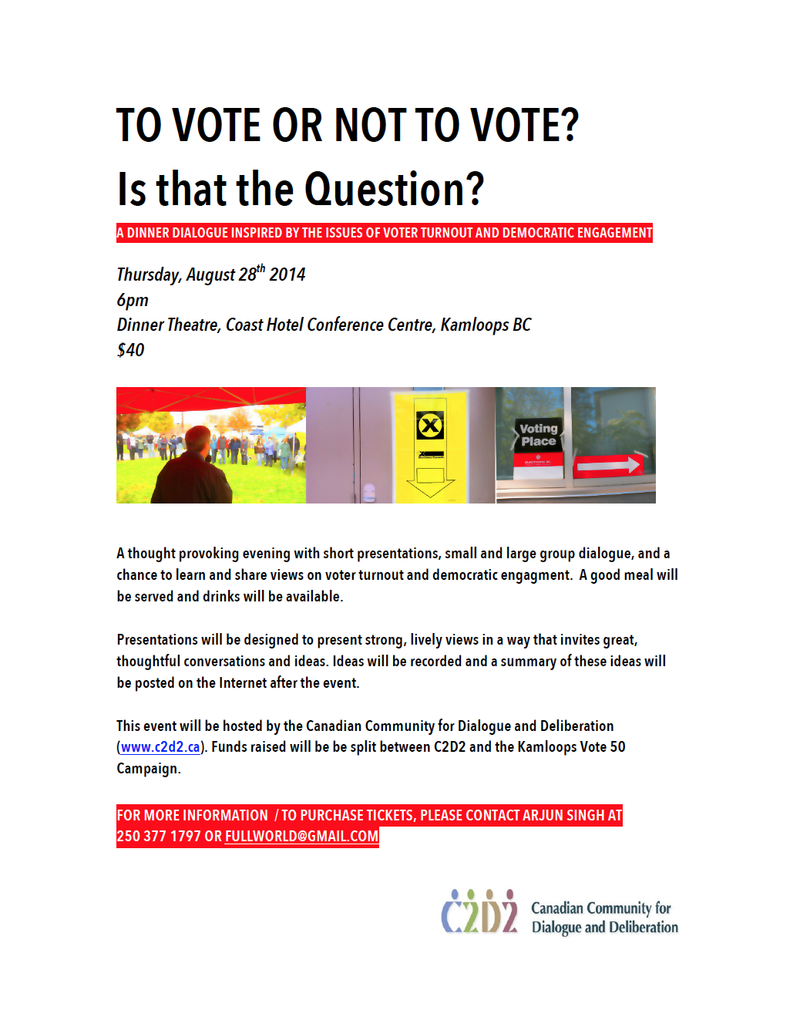 A great trip to Dublin Ireland... 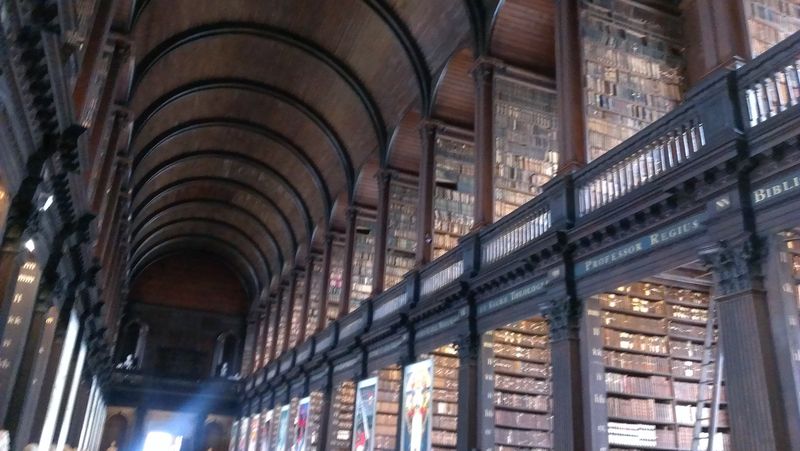 Just got back from a lovely visit to Dublin Ireland. Flew Aer Lingus for the first time (good experience), ran the Rock and Roll Dublin half marathon, toured around Dublin, met great people (notable were the friendly and talkative taxi drivers), ate great food (restaurants seemed to take great pride in their Irish sourced ingredients and their foodie inspired recipes). Good times! 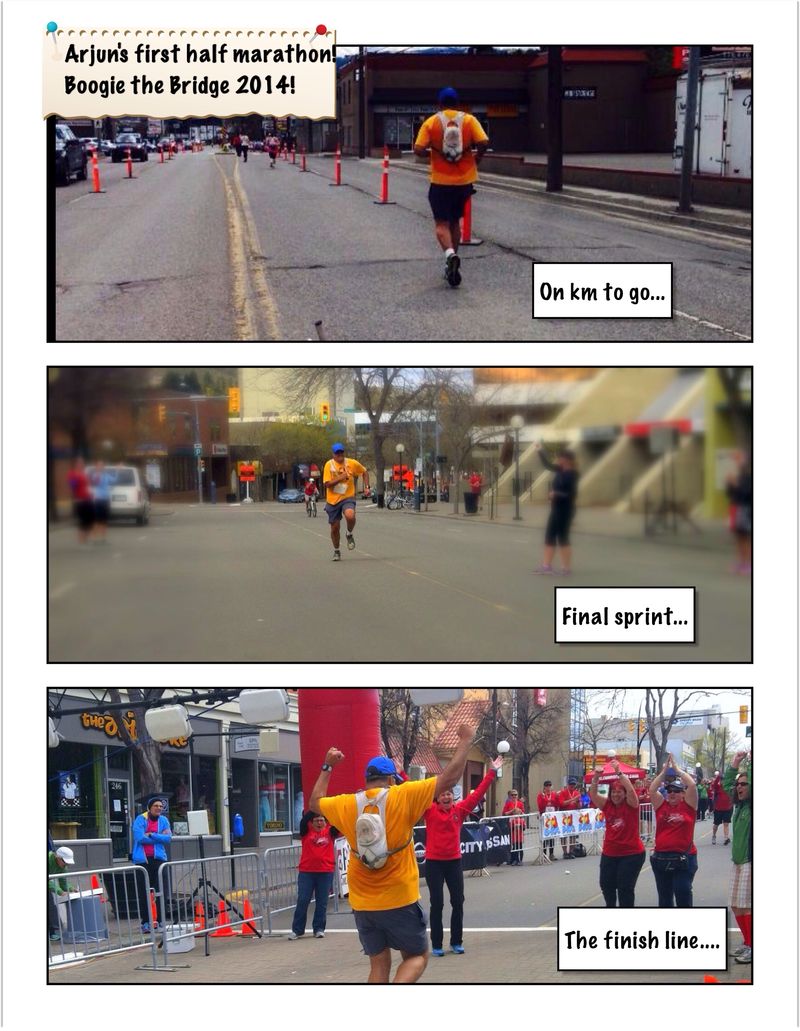 Twenty years ago today, we were one week away from the first democratic election in South Africa. I was with the small and mighty Oxfam Canada election observer team in Pietermaritzburg. It was a bit tense. We were hoping for the best.

Adweek calls this ad nearly perfect. I would agree it's very very good. Until close to the end, when Mr Aiken goes after his opponent. He does it in soothing tones but what he says is nothing short of ferocious (some might even say vicious). I don't believe this is necessary and I don't believe that changing one congressperson for another will, it itself, change whipped votes and other systemic problems. I would be very surprised if Mr Aiken gets elected, he could do anything different than the person he criticizes - unless he can be part of the movement for systemic changes.

I had the good fortune of running the Terry Fox run in Victoria last year. It was a pretty amazing run - lots of school kids, a cloudy cool ocean front route out and back from Beacon Hill Park, some eccentric Victoriates. I was the last runner on the route before it closed down and an endearing acoustic memory was the Police officer (driving behind me and in front of a column of anxious motoriata) on his loudspeaker cheering me on. Before the run, at the opening ceremony, we reminded ourselves of Terry's example. He continues to mean so much to so many people. In my difficult quest to find people to truly look up to, he stands with very very few others. I bought a Terry Fox tshirt and hoodie the other day. I have come a long way in my running since last September, but nowhere as far as Terry went. I hope to run my first half marathon in April and I think I might just wear my Terry Fox tshirt to keep me going.

Always loved to buy magazines. Even more than reading them often :). That's why Zinio is a love/hate thing with me.

Clean(er) office and a Wonderful View... I'm hoping I can keep things in the office better organized in 2014.

Also, Kamloops has the most amazing sky vistas. The one above, a crappy shot taken from a Safeway parking lot, even looks amazing.